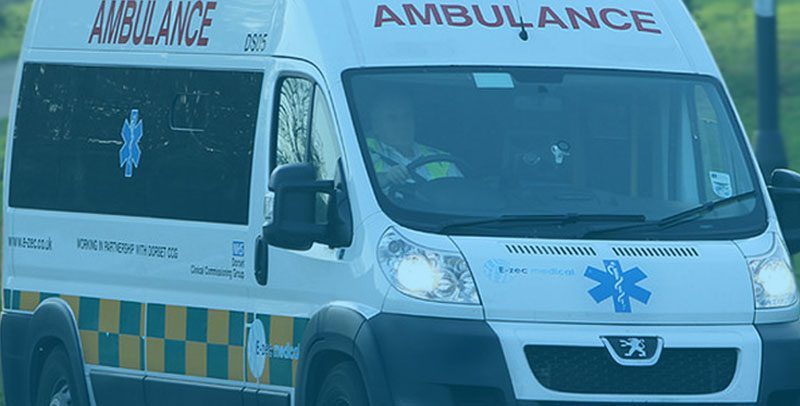 E-zec Medical delivers tailored, ambulance transport solutions in both the public and private sectors and operates exclusively in non-emergency patient transport with a fleet of 550 vehicles, predominantly large and car-sized ambulances, and 1,400 permanent and 200 temporary staff.

It is currently contracted to 11 Clinical Commissioning Groups and NHS Trusts operating in the South West, South, East of England and the West Midlands from 33 different operational locations.

The business is headquartered in Redhill, Surrey, and has 14 Non-Emergency Patient Transport Services (NEPTS) contracts across the UK, making it the largest family- owned operator in the NEPTS sector. It was also one of the first independent providers to be awarded a county wide NHS contract.

The company currently has 1,533 drivers on its records, each of whom undergoes a licence check every six months. Prior to using DAVIS, these checks were carried out manually, presenting a considerable burden for admin staff.

The decision to use DAVIS was made following a risk assessment and recommendation by HR Director Fiona Potter, who joined E-zec in December 2019 and had worked with Licence Check in a previous role.

“The nature of our business makes driver assessment and licence checking of paramount importance from a duty of care and employment perspective. And I knew that to carry this out more effectively we had to make the process automated,” said Fiona Potter.

Following her recommendation to the board, Licence Check was appointed in November last year, and the following five months have delivered a number of benefits for the business.

“There was, of course, initially a large amount of work migrating our drivers onto the DAVIS (Driver and Vehicle Information Solution) system. But once we had done that everything became automated and so much easier,” she said.

Potter said the Coronavirus pandemic had a big impact on the company’s operations, which involved transporting Covid positive patients and reviewing all practices to ensure they were Covid safe. Practical measures included wearing PPE, social distancing in bases, Covid risk assessments, regular uniform changes at base, regular deep cleaning and deep cleaning between each patient.

Potter said that, in this regard, one of the key benefits of DAVIS was the number of methods of obtaining driver authorisation that were now available for the system.

The most popular is e-Approval which is managed entirely by the platform, requiring very little manual input as the system generates automatic emails to drivers to gain their permission.

“This is the method we are using,” confirmed Fiona Potter,” and we find it very straightforward and reliable. In these Covid times, it is a very effective, remote method that does not require manual or face-to-face intervention.”

Another benefit of the system, she says, is the daily emails she, and local operational centre managers, receive which employ a red-amber-green traffic light dashboard to highlight areas where management action is required.

“The exception reporting dashboard is very valuable as it allows me and our operating centre managers to see at a glance which drivers are satisfactory and those where urgent action is necessary,” she said.

The use of DAVIS has also proved valuable for E-zec’s recruitment process.

“When we are employing a new driver, they have to undertake a driver assessment, which includes a check of their current licence. This is vitally important as we do not employ anyone who has received a driving ban in the last 10 years”.

“So being able to carry out a check of their driving record before we make an offer of employment has been an extremely important factor for us.

“We wanted a robust driver licence checking system that we could rely on, and DAVIS has provided exactly that,” she added.

Terry Hiles, General Manager at Licence Check, now part of the Ebbon-Dacs Group, said: “We are delighted to see the real benefits that E-zec Medical is accruing through the implementation of DAVIS to check all its driving licences and manage its driving risk.

“For such a large and diverse organisation with more than 1,500 drivers, over 1m patient journeys a year and where occupational driving poses the highest risk to the business, it makes absolute sense to employ these risk intervention techniques, and the business is now seeing the tangible benefits from doing so,” he said.

We wanted a robust driver licence checking system that we could rely on, and DAVIS has provided exactly that.

Get pricing
Book demo
Talk to sales
We use cookies to ensure that we give you the best experience on our website. If you continue to use this site we will assume that you are happy with it.AcceptPrivacy Policy