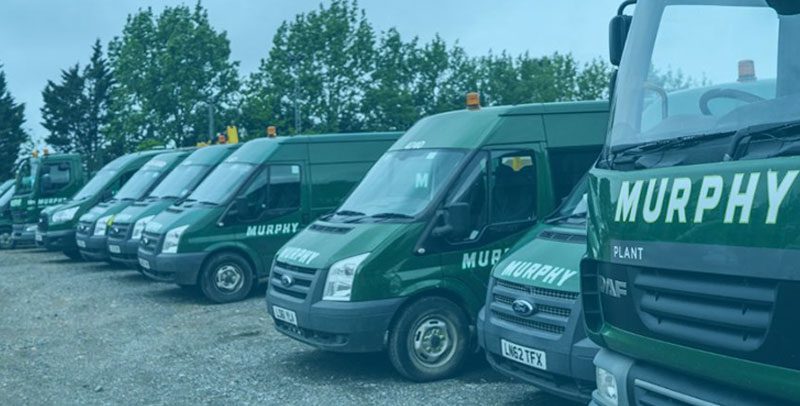 Murphy Plant, one of the UK’s largest providers of plant, transport and specialist equipment, recently deployed the new Driver E-Learning Programme within the DAVIS platform to evaluate the risks its drivers face and to introduce interventions where appropriate.

Headquartered in north London and part of the J Murphy & Sons engineering and construction company, Murphy Plant manages and maintains more than £100m worth of plant, transport and specialist equipment with 15,000 assets on its books.

It operates a large and diverse fleet of vehicles comprising 1,350 commercial vehicles, 400 cars and 200 grey fleet vehicles, with some 2,400 company drivers who come under the corporate driving policy.

The company has been using DAVIS to check all driving licences across its various businesses for the last five years, and to provide driver risk profiling services for the last 18 months.

In the last six months it has also implemented the Driver E-learning programme, which aims to prioritise driver safety and well-being through e-learning modules that provide ongoing tuition and support for drivers.

The company employs a driving standards traffic light warning system, with red providing a reputational risk to the business and green representing drivers of a good or exemplary standard. Driver feedback is based on telematics data relayed directly from the company vehicle fleet to identify those drivers who are performing badly and represent the greatest risk to the business.

Murphy fleet manager Tony Murphy said that, since its introduction, the driver e-learning programme was working well and having a positive effect on driving standards.

“Since we introduced driver risk profiling and specific modular interventions, we have seen a marked improvement in driving behaviours, with well over 50% of our most at-risk drivers moving from red to amber or green.”

Murphy said it was too early to say whether the improving driving standards were being recognised in terms of lower insurance or accident costs. “We will probably see the cost benefits of that within the next 18 months.

“Driving has been identified as posing the greatest risk to our business and the whole board, from the CEO down, has bought into the idea of driver risk profiling as a means of improving our driving standards,” he said.

“The e-learning programme allows us to identify areas where our at-risk drivers are weakest, such as speeding or awareness for example, and then use specific online learning modules for those particular issues to help correct their driving behaviours,” he added.

“For a company such as theirs, where occupational driving poses the highest risk to the business, it makes absolute sense to employ these risk intervention techniques, and they are now seeing the tangible benefits from doing so,” he said.

Since we introduced driver risk profiling and specific modular interventions, we have seen a marked improvement in driving behaviours, with well over 50% of our most at-risk drivers moving from red to amber or green.